Introduction:
Most of the parametric tests rely on the assumption that the dependent variable is normally distributed for each category of independent variable. In that case, we would want to test for normality for the dependent variable.
For example, a researcher wanted to test whether the average income between male and female differed significantly from one another. In this case, before using t-test, it would be better to test for normality for income of males and females.
Steps:
Following are the steps for testing of normality. The example is from a sample data-set demo.sav which is inside the installation directory after installing IBM-SPSS software.
1. Open the data-set. 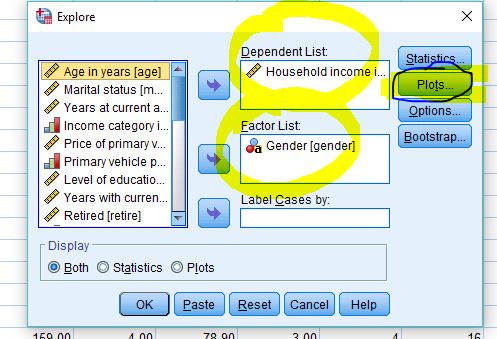 6. After clicking on plots, you see the following dialog box. Under descriptive, choose Histogram as shown below and also select Normality plots with tests. You may or may not choose boxplots. After that click on continue and click ok. 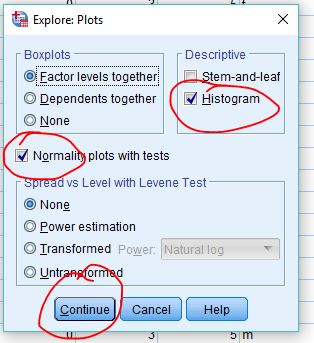 7. After clicking ok, the output will be generated. From the output, we can analyze from multiple angles.
7.1. Looking at the test statistics and P-values. In the table below, both Kolmogorov-Smirnov as well as Shapiro-Wilk test show the P-value of less than 0.05 for both males and female incomes. So, the null hypothesis is rejected. i.e. The income distribution is not normal in both males and females.

7.2. Visual approximation using Histogram: The histogram of income for both the male as well as females show that income is not normally distributed. However, for certainty, we need to look at the P-values as described in  step 7.1. 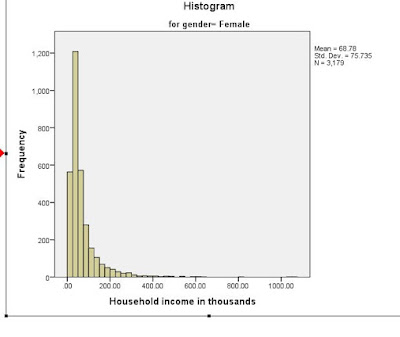 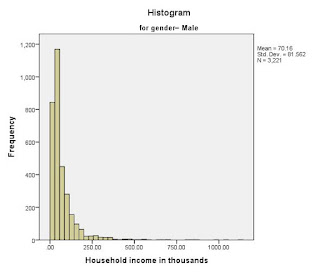 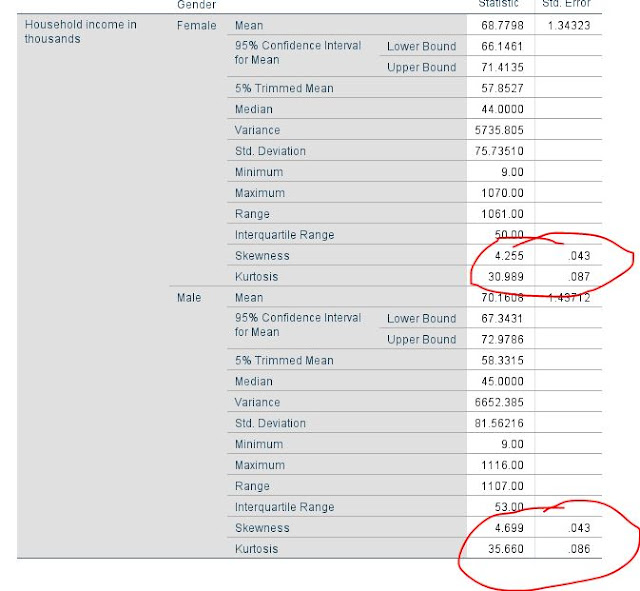 7.4. Looking at QQ-Plots.The observed values are not symmetrical along the expected line which can provisionally say that the distribution is not normal for both males and females. 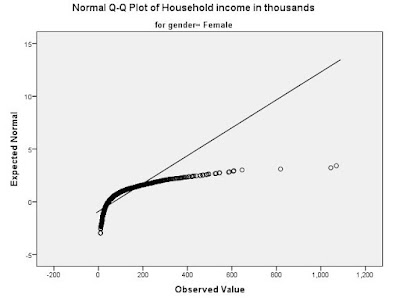 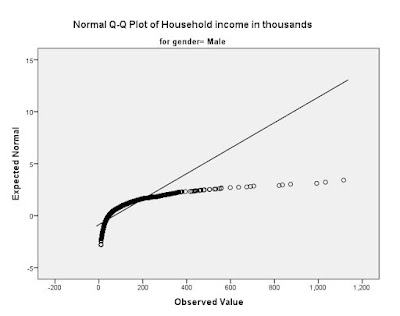 7.5. We can also look at box plots and see if they are symmetrical to provisionally tell whether the given dependent variable is normally distributed across all categories of independent variable.
If the distribution is not-normal, we have to use non-parametric tests.
See the following short video to see the steps of carrying out the test in summary!

Thank you and see you in the next tutorial. Please give your valuable feedback. Also, share if you liked. Cheers!