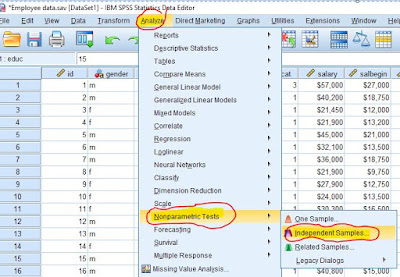 Step 3. Then you see the following dialog box. Click objective and select "compare medians across groups". 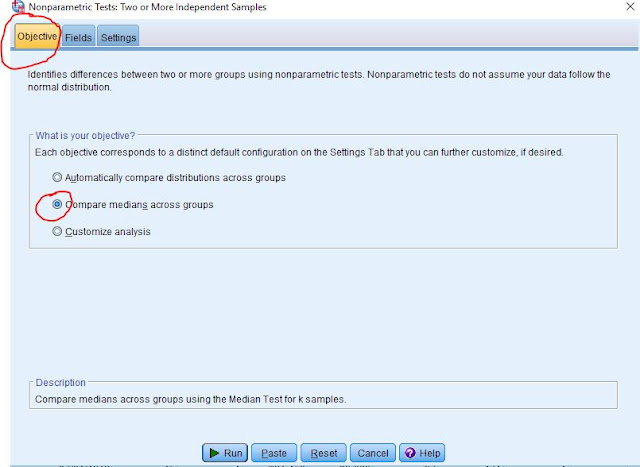 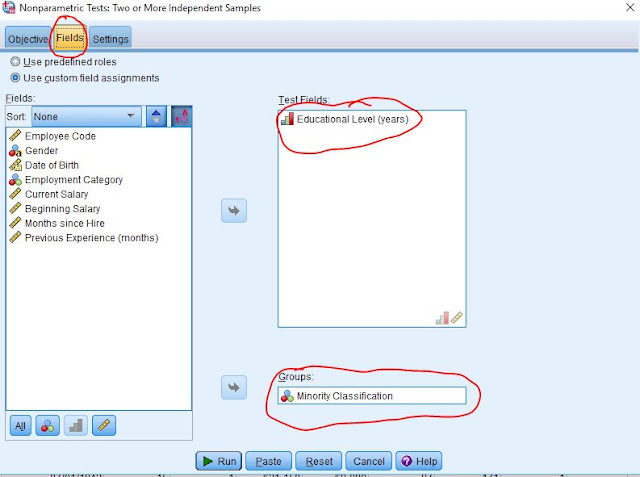 Step 5. Click on settings and you see the following dialog box. Under choose tests, select customize tests and tick mark "median test (k samples)" and select the method of multiple comparison. By default, it is set to all pairwise comparison. 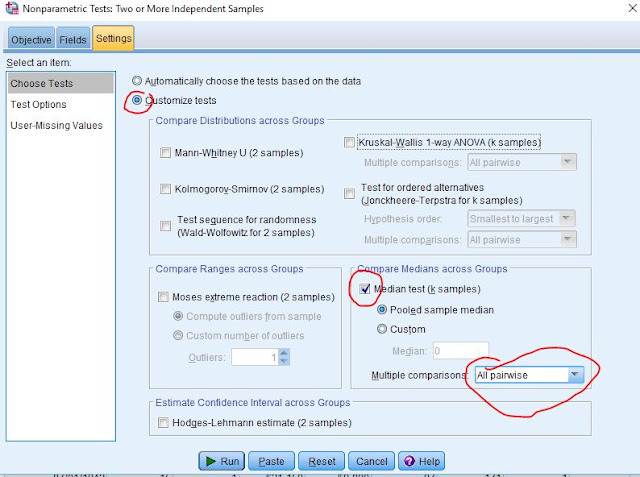 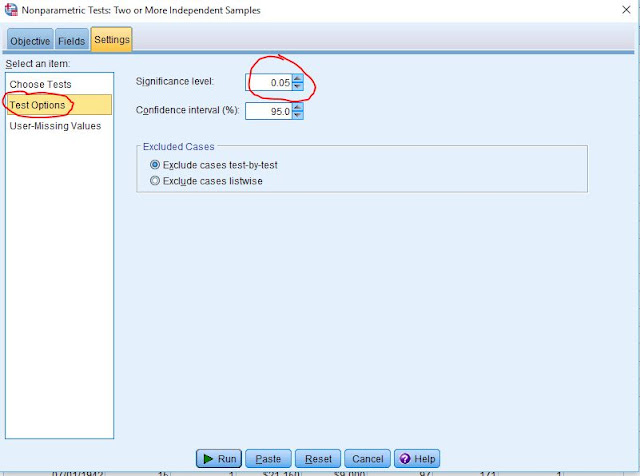 Step 7. Exclude or include (by default, it is excluded) the user missing values. 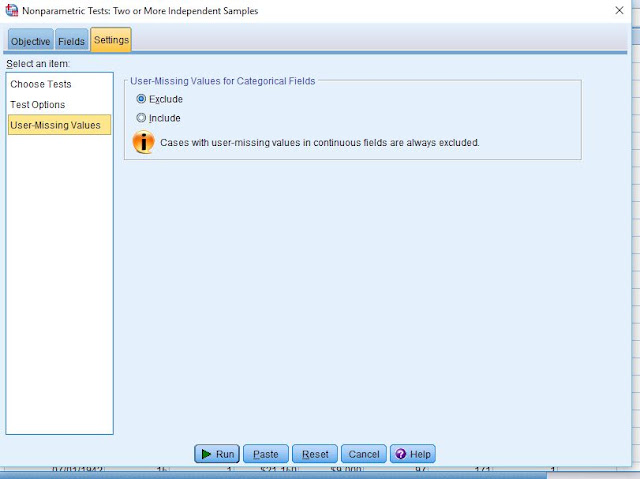 Step 8. Click on Run and you see the following output.

from the output, it is clear that the median educational level varies across the minority classifications with P value=0.013 which is less than 0.05. So, we reject the null hypothesis.

If you want to show the contingency table of medians between the minority classifications, follow the following steps.
Step 9. Go to  analyze, non-parametric tests and legacy dialogs and click on k independent samples. 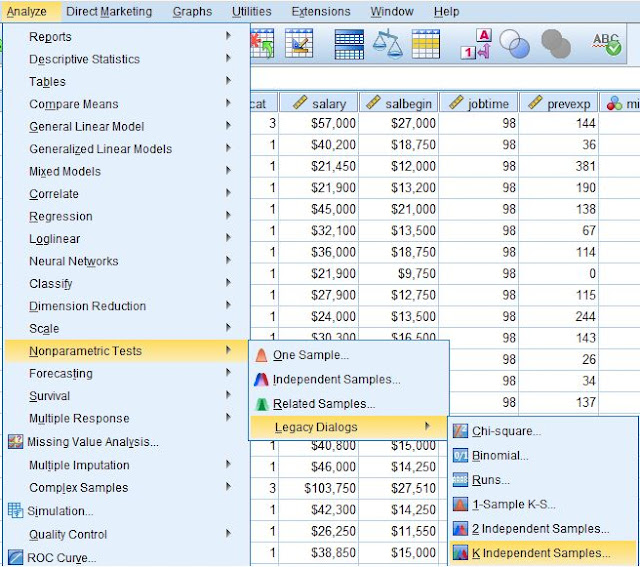 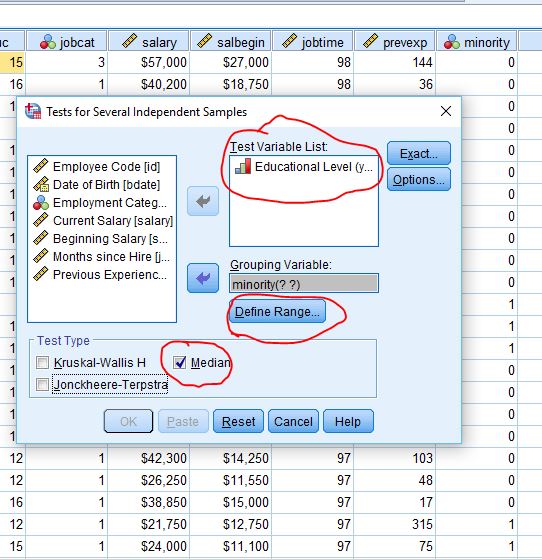 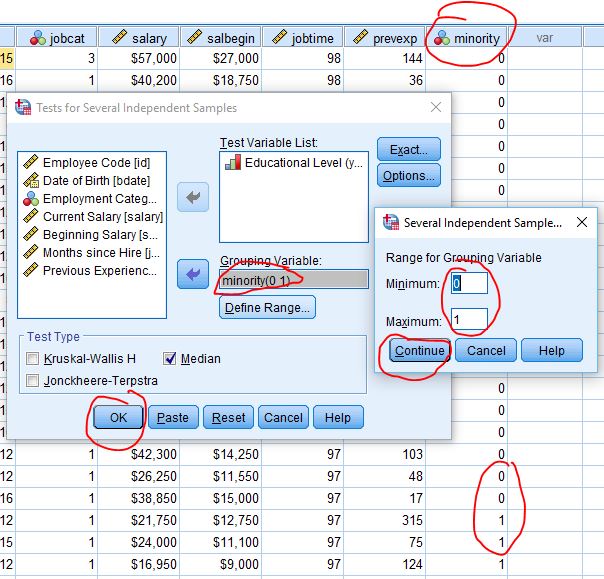 Step 12. after that click on ok and you get the following output. 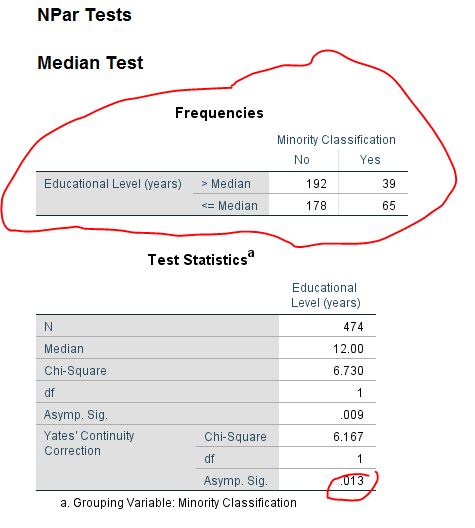 Here, you can see a contingency table of educational level (classified as greater than median and smaller than median) and minority classification as well as the P value after Yate's continuity correction i.e. 0.013. Compare it with the output in step 8 above.

Hope you enjoyed the tutorial. Thank you and see you in the next tutorial. Share it with your peers if you enjoyed!!

Note: This tutorial is made with reference to IBM-SPSS 24 and there might be differences in older versions!