In the previous tutorial on One Way ANOVA, we learnt how to know whether the mean difference between more than two groups is statistically significant.
However, until we run the Post-Hoc tests, we won't be able to tell, which two groups in specific within multiple groups had their means differed.
In SPSS, We can run Post-Hoc Tests using the following steps: 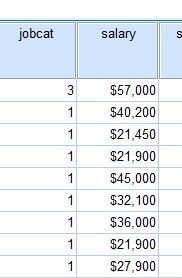 we can see that there are three categories for job i.e. Clerical, Custodial and Manager.

Step 2:  Go to analyze, compare means and click on One way ANOVA

Step 3. Then you see the following dialog box. 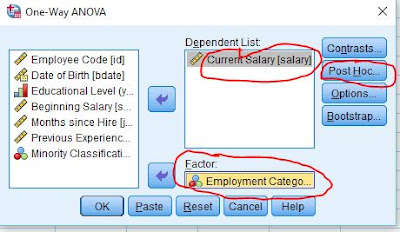 Step 5. Then you see the following dialog box with so many options: 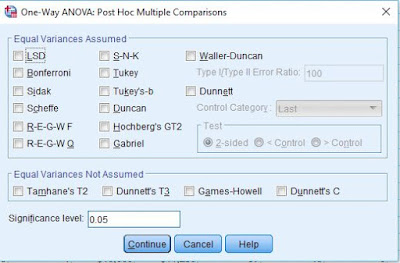 Let me each of those options briefly:
Equal Variance Assumed: 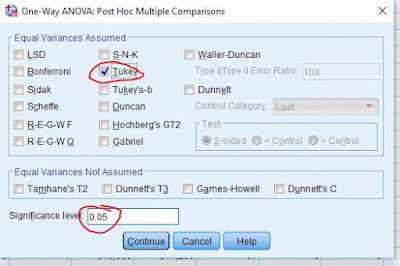 Step 7: click continue and you get the following dialog box. 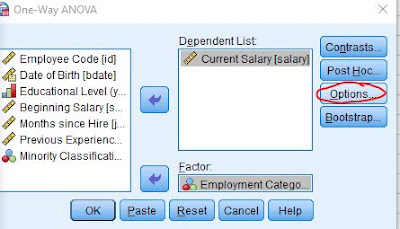 Step 8. Click on Options, and you get the following dialog box. 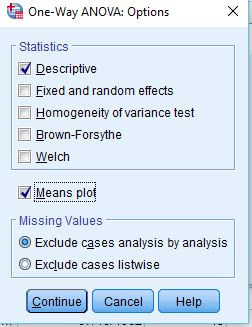 Step 9: Click on Descriptives and means plot (if you want to show the descriptive statistics and means plot). You can even click on Homogenity of variance test to test whether variances can be assumed equal across groups. Click continue and click ok. You see the following output. 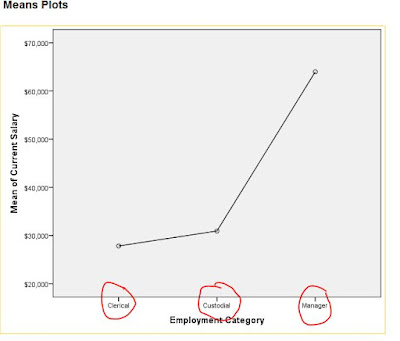 Watch this video to see the steps.
P.S: I didn't go in every detail of the Post-Hoc tests but I hope that it gives you some basic understanding of comparing the means of more than two groups and identifying which groups/pairs in specific had their means differed.
Thank you and catch you in the next tutorial!!