Response to the questions that have more than one possible answers need to be analyzed accordingly. For example,

The respondent might answer more than one response for the above example. Hence the data entry and data analysis for such variable in SPSS can be done with the following steps:

1. Create variables for each response in SPSS. (I have worked on the data-set "demo.sav" here which is a sample data-set available in the installation directory in your computer) 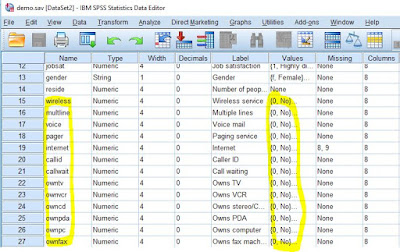 2. Those responses can be entered as "yes" and "no" for convenience. 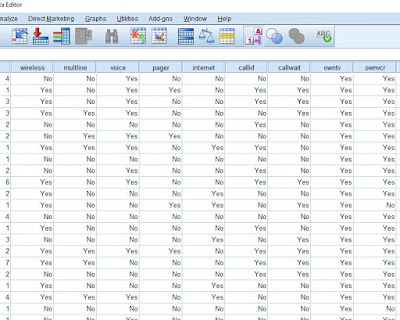 3. Now, we should memorize which value we have used for "yes" for those responses. Usually, we give the value "1 for yes and 0 for no". In this example, we can see that the value for "yes" is 1. 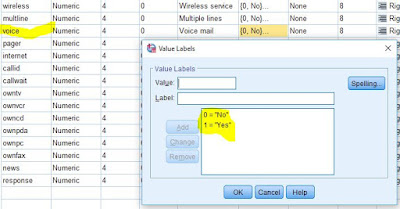 4. After that, we go to analyze, multiple response and define variable sets. 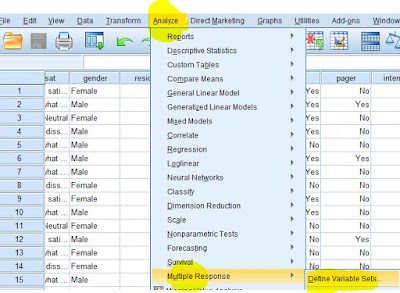 5. After that a dialog box appears.
6. Drag the desired variables which are the multiple responses in the box "variables in set".
In the counted value, put the value for "yes". In the name, write the name of heading for these responses (without spaces). For example, I have types meanscom for indicating "means of communication". After that click on add and it goes to the list of "multiple response sets". Then you can see $meanscom on the right. Then, click Close 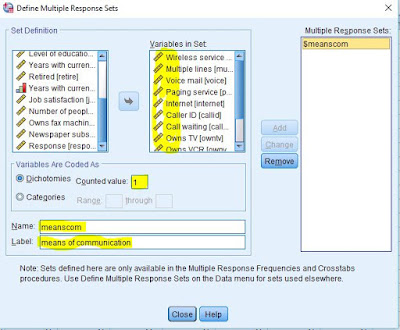 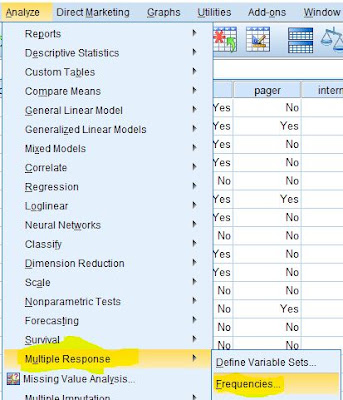 8. Then a following dialog box appears. 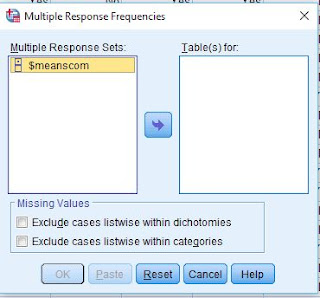 9. Drag the variable set ($meanscom in this example) to the right and click ok 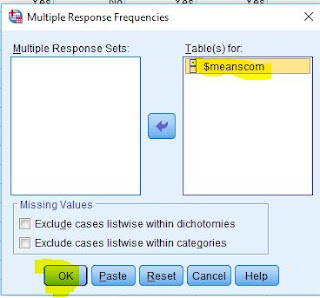 10. Then, you see the following output. 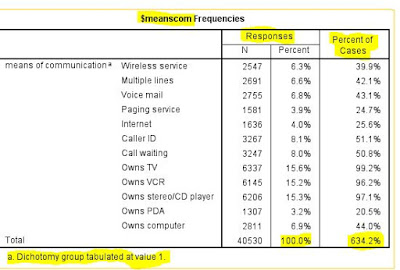