The following illustration describes how to enter the data in SPSS
When you launch SPSS (steps described in earlier tutorial), your next job is to create a dataset. 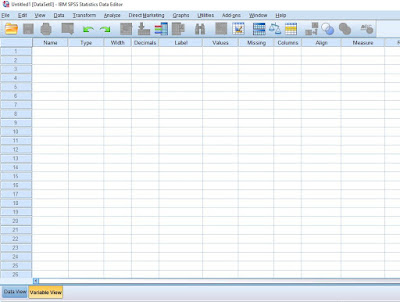 We see a number of columns in the variable view namely name, type, width, decimal, label, values, missing, columns, align, measure and role. We will not discuss all of these, as our priority is on the must-know features first. Use the following steps to define your variables.

3. Width denotes how long our data will be while entering it in the data view. For example, the width of the data "male" is 4, the width of "student" is 7. So, width is the number of characters of a data. By default, the width selected is 8.

4. Decimals is the column which we use to specify the number of decimals for a numeric data of a particular variable. If we select the variable category as string, the decimals will automatically be inactive and set to 0.

5. In Label, we can write full name of the variable. e.g. for a variable "gender", the label is "gender of the respondent"

6. In the values, we can add data values. For example, 1 for male and 2 for female. This makes the data entry easy and consistent. 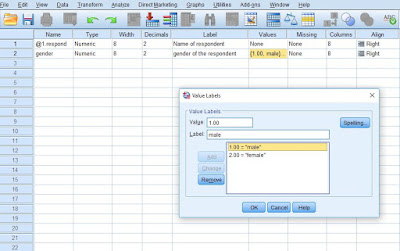 We will study the role of other sections such as missing, columns, align, measure and role later. To summarize, missing helps us put a value for missing data which is useful for large data sets that might have many missing data. The role of measure is to specify to which scale of measurement does a variable fall. e.g. gender is nominal, birthweight in kg is scale (ratio scale), severity of injury measured as mild, moderate and severe is ordinal.

After defining variables, we click on data view tab at the bottom which shows the sub-window for entering data. 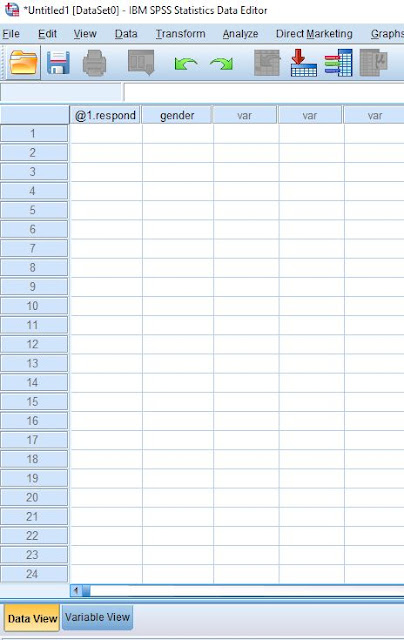 The following video helps us to enter data in SPSS with simple steps!


Good luck and see you in the next tutorial!